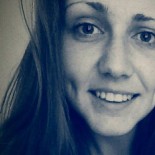 The creation of a charity, from the very beginning.

Money For The Poor

This is only a quick post, written so that I don’t throw my laptop against my wall and proceed to knock on my neighbours doors and demand to know if they are one of the idiotic 59% interviewed by Demos.

I have this same debate at least once a month. Whenever I go for a night out in town, at some point I will always end up giving money to a homeless person. I have one friend whose obsession with dogs is bordering on unhealthy and so if I am with her at the time, I will sit and talk to the homeless person for a while whilst my friend contemplates how she can smuggle the homeless person’s dog in her handbag without anyone noticing.

If I am with other friends, however, an argument will usually follow about how I “shouldn’t give money to those sort or people”.

Firstly, I am never sure what anyone means when they say “those sort of people”. You just mean “people” right? Because I am pretty sure [although I spent the majority of GCSE Biology writing quotes from The Office on my textbook] we all share similar biological make-ups. Yes, some people dress differently, have different cultures, a different way of life or even different coloured skin, but you can’t separate us in to ‘sorts’. Some people seem to take great pleasure in categorizing other people in to groups that are ‘lower’ than themselves.

My main problem, however, is why I shouldn’t give a homeless person money. The common argument is, of course:

‘They’ll just spend it on drink or drugs’.

That’s nice. Usually, if I am on a night out in town, the contents of my purse is going on Wetherspoon’s finest pint of Carling. So why shouldn’t I allow someone else to make the same poor choice I’m making? When people refuse to give a homeless person money because “they’ll only spend it on drugs”, a voice in my head screams “What do you want them to spend it on? A three piece suite? A kitchen cabinet? A chandelier for THE HOUSE THEY DON’T SODDING OWN?!’ The response is always:

I can categorically guarantee that I am not. I would never, ever advocate that someone use drink or drugs as a coping mechanism. When I give a homeless person, who is begging for money, twenty quid, it is so that they can spend it on food and shelter and whatever it is they need to keep them safe for another night. If that person chooses to spend that money on alcohol or drugs then that is their choice. It is not for me to tell them how to spend it. Just like it’s not for that person to tell me not to buy my fifth pint of Carling. We all make poor choices. I don’t have a right to tell other people how to live because I have more money than them. I am not their superior, nor have I experienced their life. It is a sad reality that sometimes, drinking to forget will be the only way to make it to the next morning.

Additionally, I spend eight hours a day working to prevent homelessness and support homeless young people. I am not throwing money at a situation that is infinitely more complex than a lack of money. On a cold, rainy night, however, a twenty pound note may make a little difference.

The article from the BBC exemplifies the superiority people feel they have over those poorer than themselves. To decide whether the idea of giving vouchers to benefits claimants is an acceptable way to treat people, you must simply ask yourself, would I want the government telling me that I can’t have a cigarrette after a long day at work because my voucher will only allow me to buy discount fruit? Ask yourself would you want to be told what and how much you can eat each week? If it’s a no for you, then it should be a no for all people.